The savannah ecosystem of Eswatini and Mphumalanga known as the lowveld bushveld is part of the Maputaland-Pondoland-Albany biodiversity hotspot, an area of global conservation priority. We research the dynamics of this ecosystem and it's biodiversity and study the influences and interactions with people, development, agriculture and conservation management to advise conservation action, whilst training young ecologists both local and international.

In addition to the ongoing research projects below, a host of past research projects have been conducted through All Out Africa and the Savannah Research Centre (SRC). With the generous help of our partners, in particular the University of Florida and University of Eswatini, 6 Swati PhD & 18 Swati MSc students have graduated conducting field research at the SRC & a large number of undergraduate & school students as well. We are very grateful to Mbuluzi Game Reserve, Mlawula Nature Reserve, Hlane Royal National Park and the Lubombo Conservancy for facilitating this important educational & research work.

In partnership with researchers from the University of Florida and the University of Eswatini we conduct seasonal biodiversity surveys within long term monitoring grids in Mbuluzi Game Reserve, Hlane Royal National Park and Mlawula Nature Reserve to determine long term changes in biodiversity & savannah structure and the drivers of this change. We survey birds, small mammals (rodents, shrews & bats), large mammals (ungulates & predators), trees, shrubs and grasses. We record climate and disturbances (e.g. fire) as well as management interventions (clearing & culling) to record long-term change. This project has been on-going since 2013.
​ 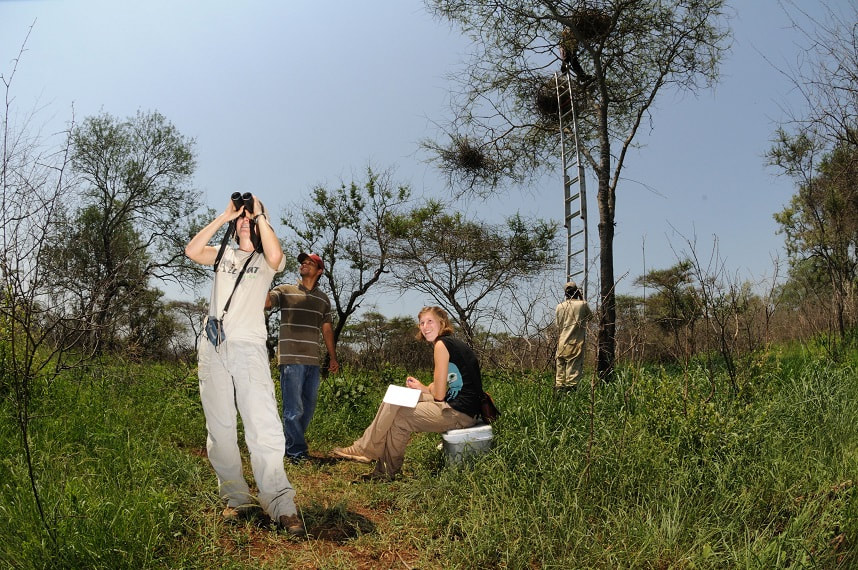 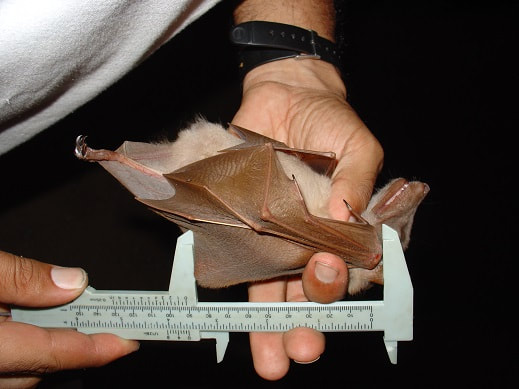 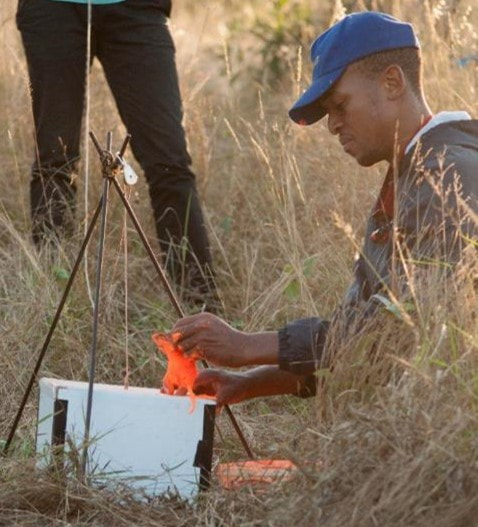 In partnership with researchers from the University of Florida, University of Eswatini, Nsasani Trust and the Organization for Tropical Studies we are investigating the effects of the removal of elephants for the past century on savannah ecology between Kruger National Park and NE Eswatini.  We’ve established 18 long term experimental plots in both Mlawula Nature Reserve and Kruger National Park with various treatments including exclusion of herbivores with fences and various simulations of elephant impact. We conduct seasonal biodiversity surveys within the plots where we survey birds, small mammals (rodents, shrews & bats), large mammals (ungulates & predators), trees, shrubs and grasses within plots of similar historical vegetation but different herbivore impact (particularly elephant). This project has been on-going since 2020.

In partnership with researchers from Wageningen University and the University of Eswatini, we are investigating the behavioural ecology of social birds in the savannah ecosystem of Mbuluzi Game Reserve. This includes studying the genetics, breeding success, survival and behaviour of arrow marked babblers, white crested helmet shrikes, dark capped bulbuls, green woodhoepoes, speckled mouse birds and other sociable birds. We are currently studying the impact of predation on the nesting success of savannah birds in general as well. 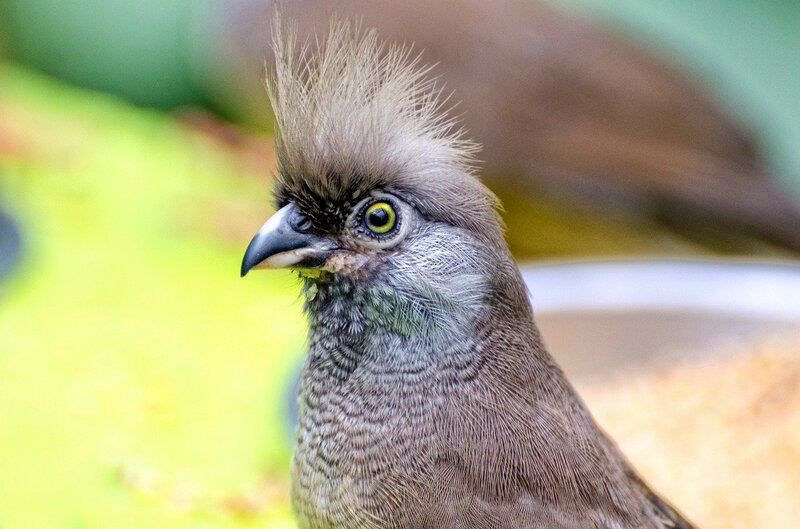 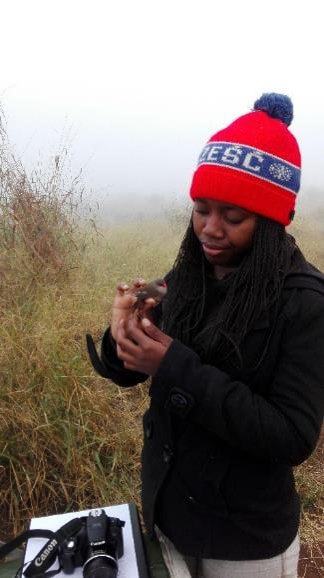 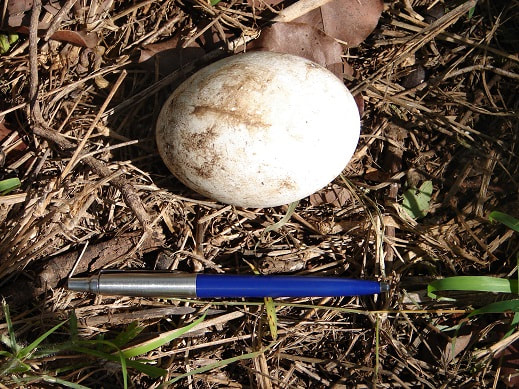 In partnership with researchers from the University of Eswatini, we are investigating the nesting and breeding success of threatened large birds including raptors, vultures and marabou storks in Hlane Royal National Park, Mlawula Nature Reserve and Mbuluzi Game Reserve. This is a long term monitoring project of conservation priority threatened species. 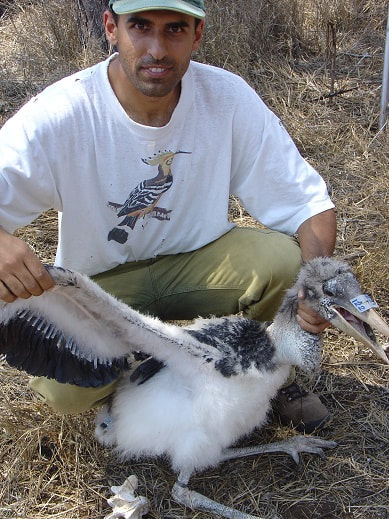 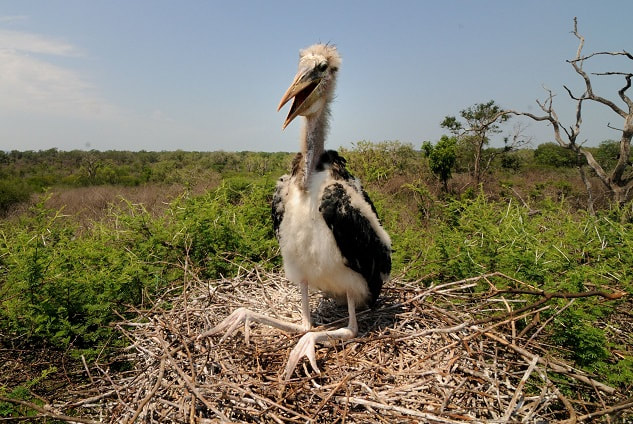 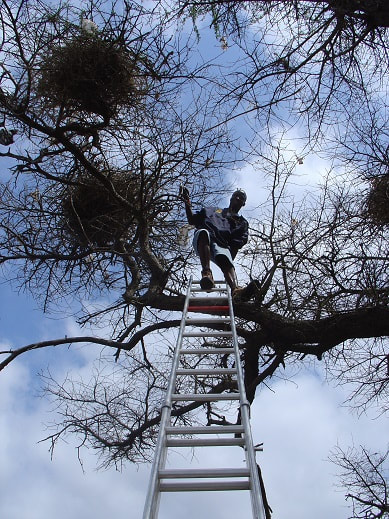 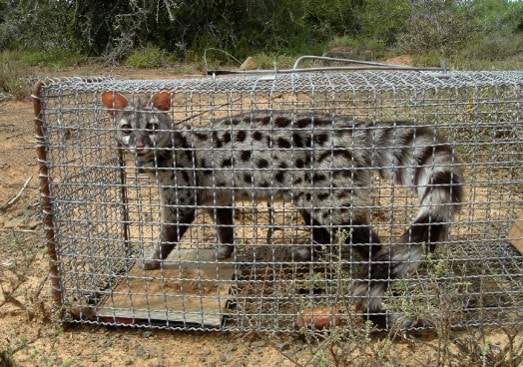 In partnership with researchers from the University of Eswatini and University of Pretoria we are investigating the disease ecology of bats in north-eastern Eswatini. Since 2020 we are studying Coronviruses and Paramyxoviruses in Molossid bats here and how these differ between bats in urban vs rural habitats and what the implications are for human disease risk.

In partnership with researchers from the University of East Anglia we are testing the effectiveness of using opportunistically collected photographs of Giraffes as a means of estimating population size. The aim is to use the giraffe population in Mbuluzi Game Reserve as a test population for the application of this citizen science method to larger more scattered populations. This is a 2022 project.